Looking Into The Future Of Web3 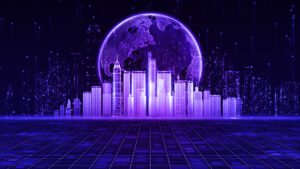 The internet is constantly evolving. In its early days, it was all about connecting people and sharing information. Then, with the arrival of Web2, we saw the rise of social media and user-generated content. Now, as we’re entering the Web3 era, what can we expect from this next phase?

There are a few key things that will define Web3: decentralization, data ownership and privacy, and artificial intelligence (AI). Let’s take a closer look at each of these trends.

One of the most important aspects of Web3 is decentralization. With the rise of blockchain technology, we’re seeing a shift away from centralized systems. This is a major paradigm shift that will have far-reaching implications.

We’re already seeing the beginnings of this change with the rise of cryptocurrencies like Bitcoin. Bitcoin, a decentralized currency that is not controlled by any central authority, is just one example of how decentralization can create a more secure and resilient system.

Another definitive Web3 trend is data ownership and privacy. In the past, our data has been centrally stored and controlled by big tech companies like Google, Facebook, and Amazon. With the rise of blockchain technology, however, we can now use decentralized storage for our data. This means that we — not the big tech companies — will own our data.

Privacy is becoming more and more important as we share increasingly large amounts of data online. With blockchain technology, we can securely and privately encrypt and store our data.

AI will also play a big role in Web3. AI is already being used to improve search engines, social media, and online shopping. In the future, AI will become even more ubiquitous and integrated into our lives.

For example, we’re already seeing the rise of chatbots and digital assistants like Alexa and Siri. These AI-powered chatbots are becoming more and more sophisticated; eventually, they will become even more lifelike and will be able to perform more complex tasks.

AI will lead to the creation of new types of applications that we can’t even imagine today. If you want an example of AI’s versatility, it has been used in creating self-driving cars and beating humans at games like Go and chess. In the future, AI will become even more powerful, and there’s no telling what amazing things it will make possible.

As Web3 unfolds, we can expect to see a lot of changes in the laws and regulations governing the internet — especially related to data ownership, privacy, and AI.

The State Of The Economy

Of course, there will also be many new tech developments in the world of Web 3.0. We can expect to see new applications and services powered by AI and blockchain. As these technologies become more ubiquitous, we can expect them to make even more amazing things possible.

For instance, we’re already seeing the development of new types of blockchain-powered applications, including decentralized exchanges like Coinbase, which are secure and private alternatives to traditional exchanges.

Metaverse is just the beginning of what will be possible with Web3. So far, we’ve only scratched the surface of this new web’s capabilities. In the future, we can expect to see even more amazing things being created with the aid of blockchain and AI; we can even expect them to change the way we live, work, and play.

Lastly, a number of world events will surely shape the development of Web3. For example, the war in Ukraine-Russian is a major event that can impact the progression of blockchain technology. And we can expect more such events in the future.

These are just a few of the trends that will play defining roles in the development of Web3. While predicting the future is always tricky, keeping an eye on these trends should allow us to get a good idea of what’s in store for the future of the internet.

The Future Of The Internet

Olga V. Mack is the CEO of Parley Pro, a next-generation contract management company that has pioneered online negotiation technology. Olga embraces legal innovation and had dedicated her career to improving and shaping the future of law. She is convinced that the legal profession will emerge even stronger, more resilient, and more inclusive than before by embracing technology. Olga is also an award-winning general counsel, operations professional, startup advisor, public speaker, adjunct professor, and entrepreneur. She founded the Women Serve on Boards movement that advocates for women to participate on corporate boards of Fortune 500 companies. She authored Get on Board: Earning Your Ticket to a Corporate Board Seat and Fundamentals of Smart Contract Security. You can follow Olga on Twitter @olgavmack.

Decentralized identity may be critical for the success of Web3

DID you see what Africa is doing with...

Web3 technologies could be a game changer for...

Binance’s Global Advisory Board Will Focus On Web3...

Winners of the first edition of GB Tech...

The Web3 Space is Full of Opportunity....