Once again, Facebook has (unintentionally) breached users’ privacy. Facebook developed a glitch that exposed page admin accounts to the public. Though, it was a short-lived bug, people still managed to exploit it for numerous high-profile pages.

Last week, Facebook developed a serious glitch that exposed the actual page admin accounts to everyone. In other words, the bug allowed anyone visiting a page to find out the real administrators behind it.

As standard, the information regarding page admins remains hidden from everyone on or off Facebook. Whether a Facebook page has one or more admins.

However, on Thursday evening, a bug appeared in the “View edit history” option on Facebook page posts. Though, the option only shows the changes in a post by default. However, due to the bug, it started displaying the profiles of the admins doing those edits. This gave an idea about the admins to the visitors.

And certainly, people were quick to exploit the glitch and find out real page admins for the pages they liked. For instance, people found out that the climate activist Greta Thunberg’s official page has at least two other people as admins. One of them is her father, Svante Thunberg. 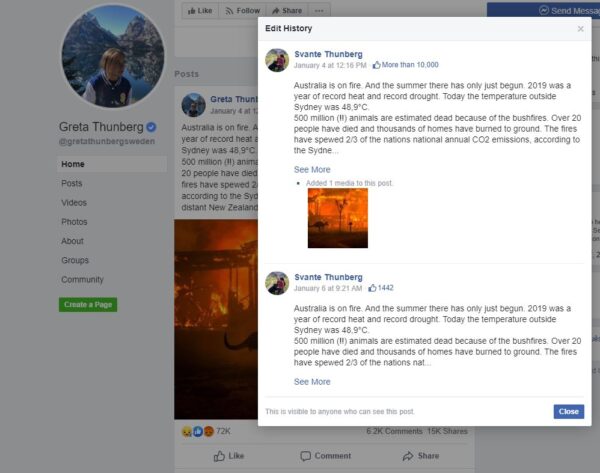 Whereas, the other is Adarsh Prathap, an Indian climate activist who also serves as a delegate at the UN’s Climate Change organization. 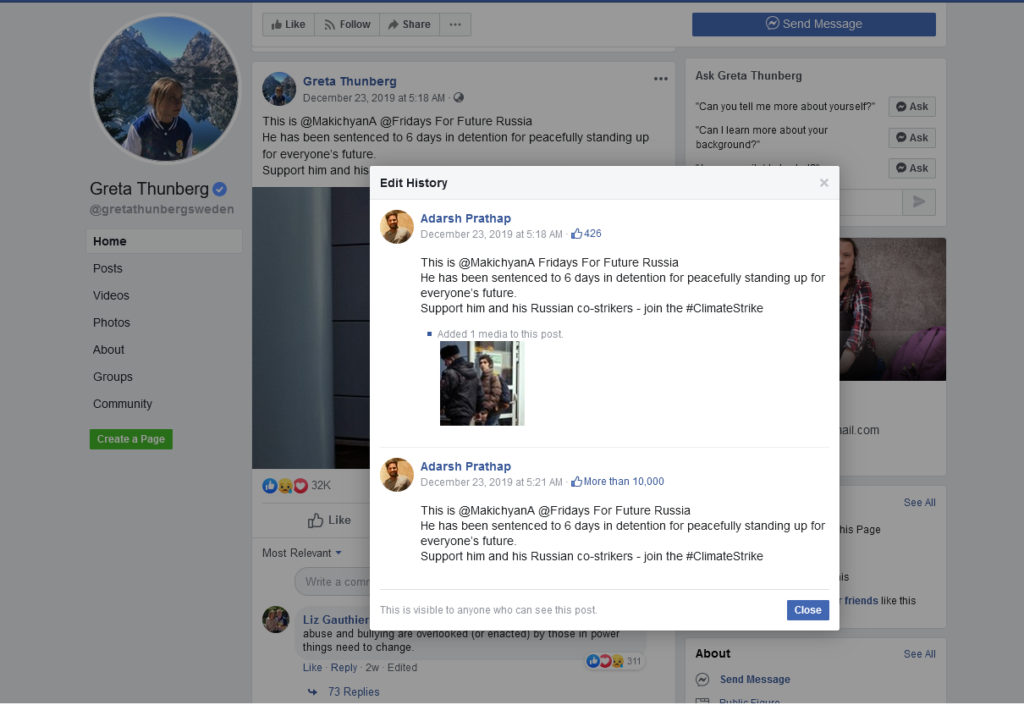 People also meddled with other pages, including the official pages of Hillary Clinton, the Canadian Prime Minister Justin Trudeau, and others, as shared on a public forum 4chan.

Though it was a serious bug, thanks to a researcher who informed Facebook,  they quickly patched the flaw. According to their statement to Wired,

We quickly fixed an issue where someone could see who edited or published a post on behalf of a Page when looking at its edit history. We are grateful to the security researcher who alerted us to this issue.

Facebook further explained that the glitch appeared due to code released on Thursday evening. The bug remained active until Friday morning – until Facebook fixed it.

3 ways to make your Windows network harder to attack